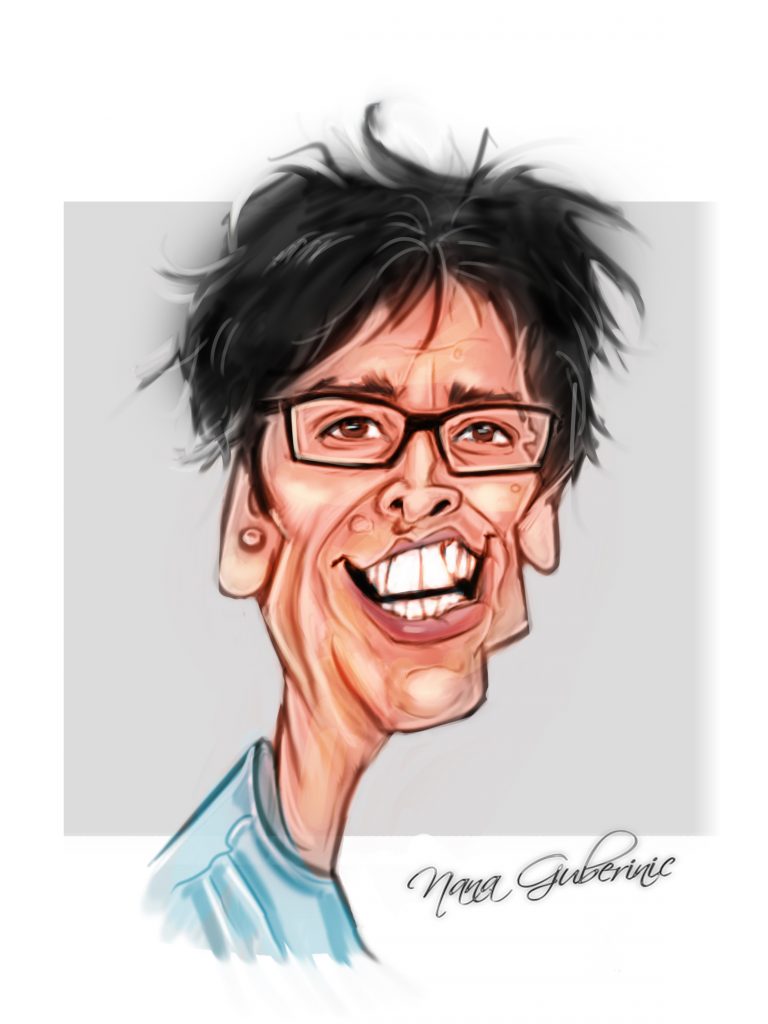 My name is Nana, I live and work in Domžale and my hobby is drawing portrait caricatures in digital technique.

I learned to draw cartoons from the world-famous cartoonist Jason Seiler (USA), and obtained a certificate of successful completion of schooling. Of course, I am constantly upgrading my knowledge through online courses, with other masters of digital drawing and painting, such as Stephen Silver and Bobby Chiu.

I draw and have fun …

Once with Yugoslavia to a silver medal in basketball, today a cartoonist

For Nana is said to be successful in almost everything she does. She used to play excellent basketball at Olimpija and Domžale, she was even a member of the national team, which won a silver medal at the European Championships in Poland in 1978, after a competitive career she was a basketball coach for ten years, then a successful entrepreneur. the public is attracted by her caricatures.

Although she has had several exhibitions and her caricatures have already graced the covers of magazines, she started drawing only a few years ago. “I dreamed as a child that I would one day become a painter, but life pulled me in a completely different direction. It wasn’t until years ago, when I retired, that I began to realize my dreams.”

She likes to portray celebrities, film actors, athletes, children and animals. Acquaintances often persuaded her to draw one of the politicians, so she started drawing these as well. “I first look at the face of the man I’m going to draw with the cartoon, and what first catches my eye, what’s characteristic of his face, I emphasize even more.”

He swears by computer imaging. “I have countless options in this technique, for example I can enlarge the image, purely in detail, I can choose countless colors, countless tools …”

He draws a basic sketch in a simple program, and then transfers it to a more complex one, where he assigns a caricature. “I’d also like to learn animation. Cartoons can also come to life, sing, move.”

Nana still has many plans and she will definitely make many of them happen.

How other artists see me